The mild winter and spring months bring colourful visitors to the . Cycling is one of the best activities in Alicante, which is something not lost on the teams of colourful Lycra-clad cyclists who can be spotted breezing through tiny villages, up windy roads with sheer drops down craggy cliff faces, or alongside orchards and vineyards with trees blushing with pink and white blossom at this time of year. 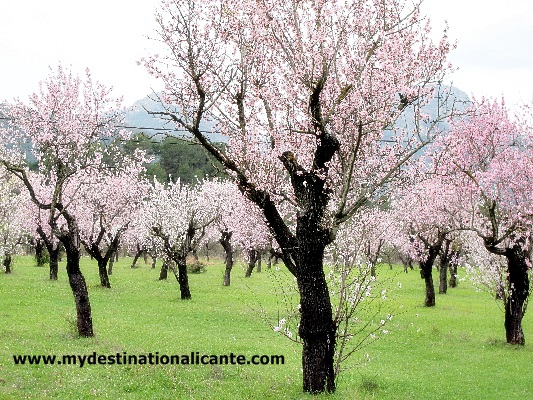 Last year's Tour of Spain started in Benidorm and also took in Orihuela's beaches in the initial stages. Many top cycling teams head for the region in winter and spring as the climate gives ideal weather for training. As well as gentle coastal routes, they can test their endurance on the steep climbs up the mountains. The roads are also quieter than in summer and provide a good training ground for them before the season starts.
In the 2016/2017 winter 18 top teams trained in Spain. These included Astana, Dimension Data, FDJ, Sunweb and Quick-Step Floors in Calpe; Bahrain-Merida in Benidorm; BMC-TAG Heuer in Denia; and Trek-Segafredo in El Albir.

Previous Tour de France winners  Alberto Contador and Oscar Pereiro have also ridden on the region's roads when they took part in the gruelling Valencia Region Cycling Tour, which is 827 kilometres long and divided into five stages.

You can follow in their path. Don't worry if you don't have a bike, there are several cycle hire shops in the region. Some will even deliver straight to your door.

For anyone who may be rustier than their bicycle chain and needs a little help to adjust to two wheels instead of four, they can begin with a gentle ride along the coast. Most have put in cycle lanes so you can set off without worrying about mowing down pedestrians or having to face traffic. 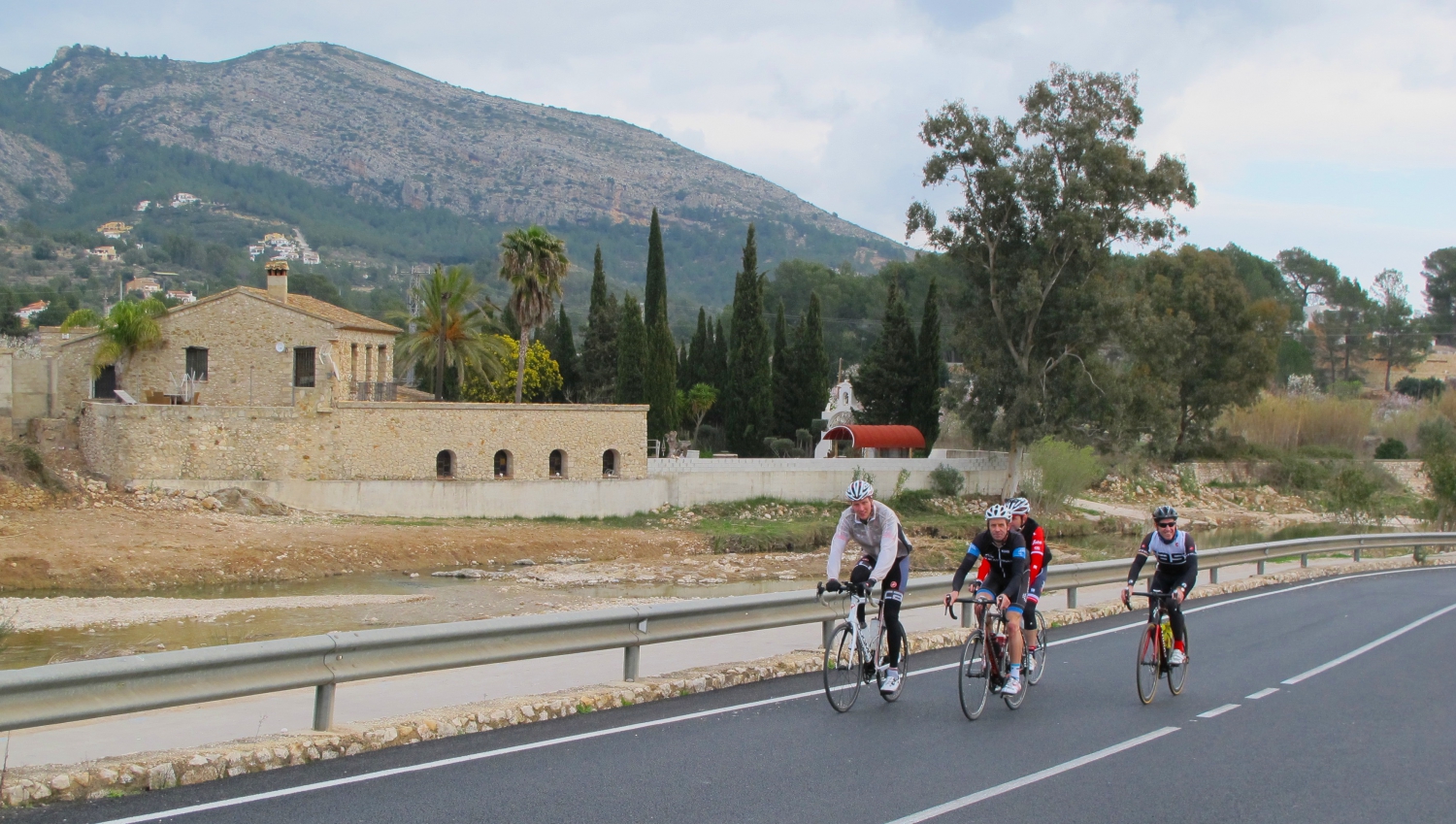 More experienced bikers can enjoy the thrill of riding along the paths and tracks to explore the inland countryside. The Valencia region has a number of BTT cycling centres with about 100kms of circuits and trails. These are well signposted with services en route so you can discover some of the region's most beautiful and least-known areas on your bike ride amid nature at its finest.

Each BTT centre offers several routes requiring various levels of expertise or fitness. They are usually through areas that enjoy little traffic. The L'Orxa centre has several circular routes where you can enjoy stunning scenery while keeping fit. The proposed routes run through the mountains, down valleys and across to the coast.

One interesting ride is a circular tour around Alcoy, which has some superb historic buildings such as its castle, watchtower and church. The route is 140kms long and can be stretched out over several hours if you stop to enjoy the countryside, have a spot of lunch half way through the ride at Pego or Benimeli, plus another stop alongside the Serpis river. You could take longer with an overnight stop so you can enjoy a little more of this great part of the Alicante region. Along the way, you will pass through Castell de Castells, which is a beautiful mountain village at the source of the Jalon river. 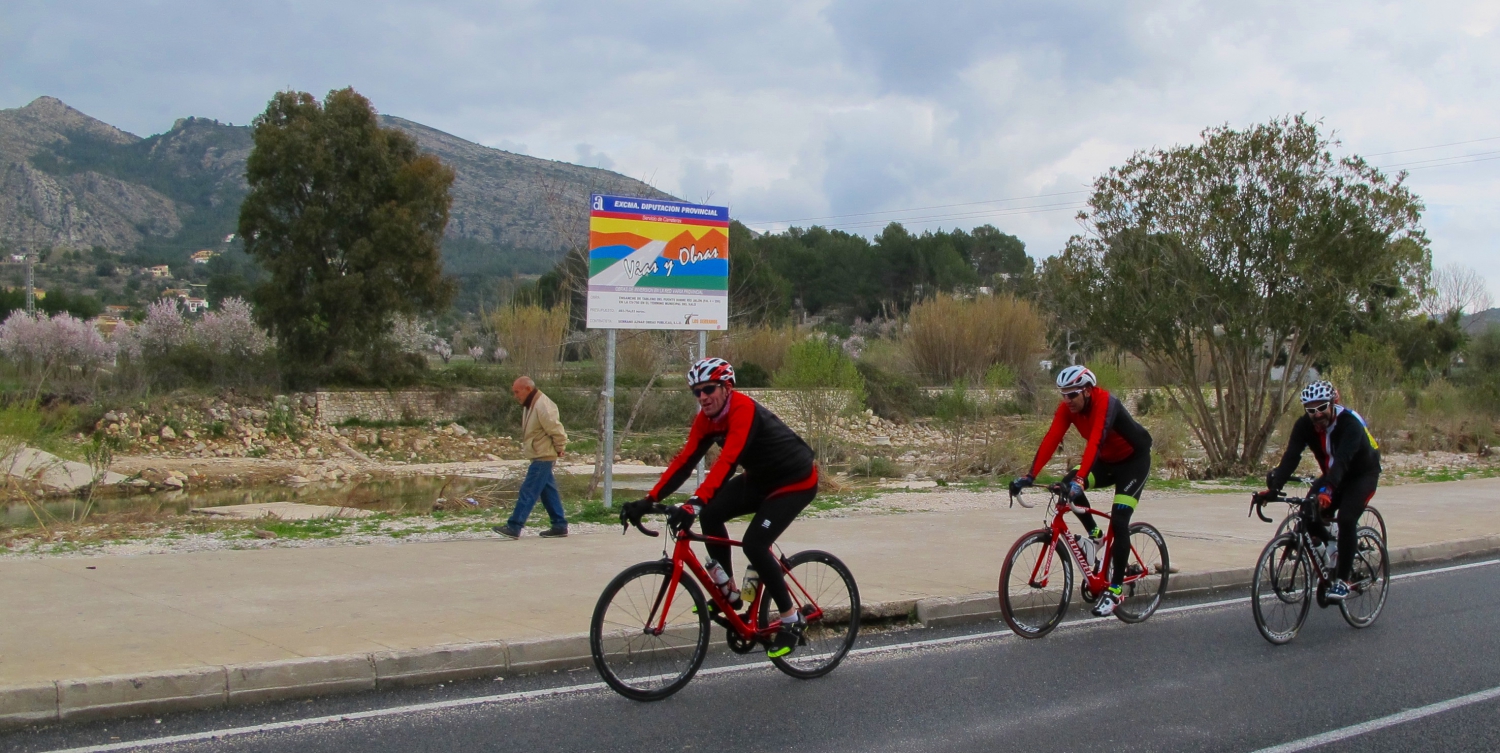 The route passes through Orba towards Benimeli, where you will see orchards full of orange, almond and carob trees. In springtime, they are full of pink and white blossom, creating pink aromatic valleys. The route takes you back to Alcoy via Planes, which is another pretty little rural village famous for producing cherries.

Another challenging circular route is 77kms from Abdet and goes through Guadalest, Finestrat and Sella, which  is often used in the Tour of Spain. Guadalest is known as the Eagle's Nest and has one of the most spectacular views in all of Spain. You need to be pretty fit to tackle this ride as there is a twisting road which takes you up to 1,000 metres above sea level when you get to the Puerto Tudons.

Further south the terrain around Orihuela provides some challenging winding routes through the mountains. Otherwise you could keep to the flatter ground around the coast. You could start with a 15km ride around Los Dolses on the coast which goes through the pretty seaside resorts of Playa Flamenca, La Zenia and Cabo Roig. Nearby is another, more challenging ride around Algorfa and the lake, which is a circular tour of 44kms. Next to the small agricultural town of Algorfa is the Benejuzar nature park. It is definitely worth stopping off here and taking a walk around the park - on a good day, you might not meet another living soul!

In the Alicante region, you will find bike rides to suit your ability and stamina. Whether you want to hire a bike for a few hours to enjoy a ride along the coastal promenade or fancy a more challenging mountain trek, the choice is there for the making.

Cyclists, young and old, professional and absolute beginners, can enjoy exploring part of the Alicante region's picturesque countryside, finding small, unspoilt inland villages to sample traditional cuisine and culture, away from the hustle and bustle of the cities and seaside resorts.

The prestigious La Vuelta a EspaÃ±a is also coming to the Alicante region once more in 2017.