Torrevieja, tourism and a favourite haven for ex-pats from Northern Europe are intrinsically linked.

But there is another side of Torrevieja that is well-known to Spaniards but is more of a mystery to those who visit on holiday.

It is salt and such is the value of this natural resource that the industry continues to expand and now it produces 700,000 tons a year, an increase of 15 per cent in the past two years.

At the  beginning of the 19th century Torrevieja was a small, run-down fishing village but its fortune began to change dramatically when the then King of Spain, Carlos IV ordered that salt production should be transferred to Laguna Salada de Torrevieja from nearby La Mata in 1803 and it was then that the Royal Salters Administration was established in Torrevieja. 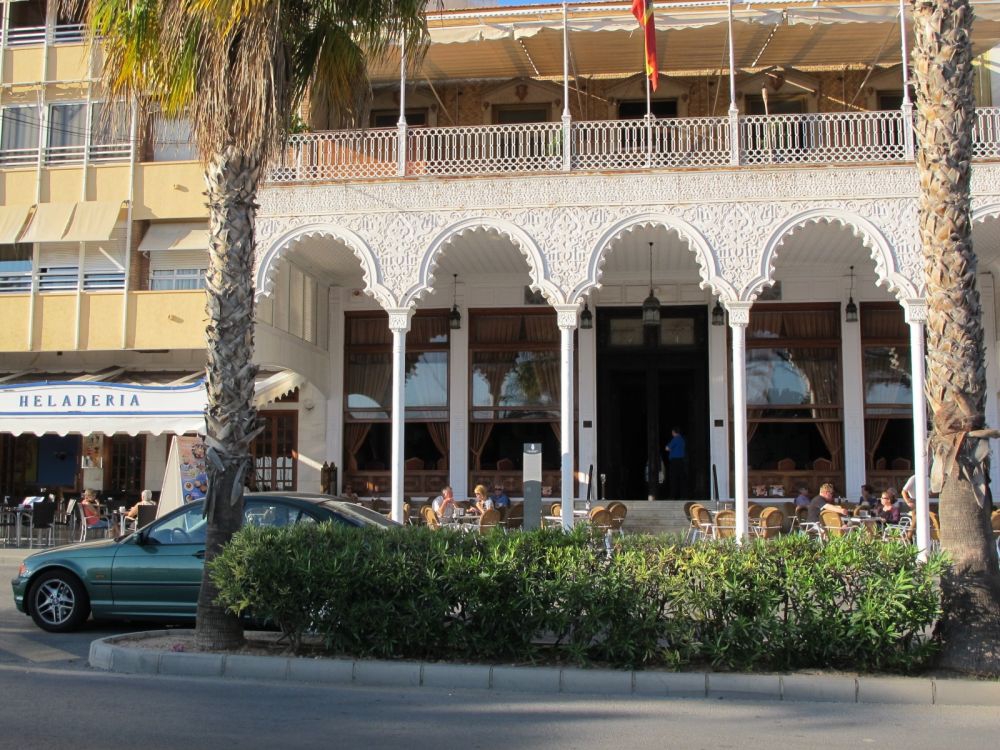 It marked an upturn in the fortunes of the area which has now grown to be a thriving, prosperous town of more than 100,000 inhabitants of whom only about half are Spaniards and almost 15 per cent are British ex-pats.

As they so often did wherever they settled, it was the Romans who saw the value of the salt lakes because they often used salt as a currency and what they started has continued to grow to what it is today - one of Spain's most valuable exports.

As recently as November last year an agreement was reached between the Spain Ministry of Finance and the leaseholder of the lagoons, Nueva CompaÃ±ia Arrendataria de las Salinas (salt lakes), that will guarantee salt production until at least 2039.

In the agreement NCAST has agreed with Torrevieja Council to preserve items of industrial heritage, to invest in environmental improvements and also to promote tourism projects connected to the salt industry. 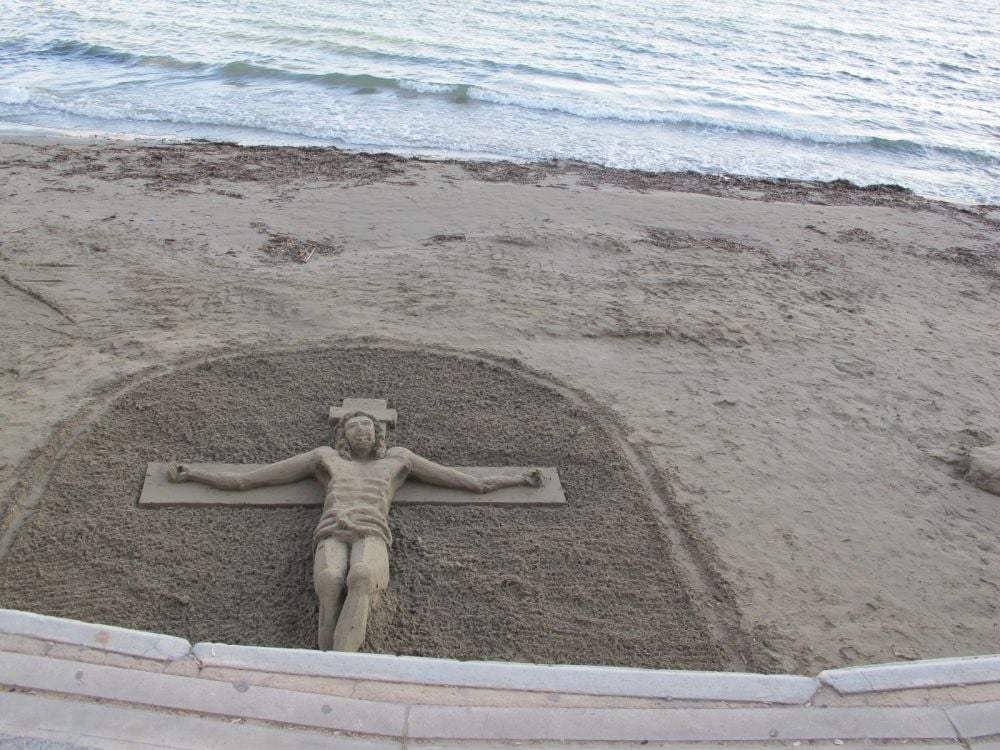 The Spain Department of Tourism has also proposed developing workshops in Torrevieja that will focus on salt as a tourist attraction.

This will enable tourists and visitors to see for the first time the process of wet salt extraction which is unique to the area. The sea water is brought to the Torrevieja lagoon along an artificial channel that was built as long ago as 1482 and is one of the oldest hydraulic construction projects in the province of Alicante. It flowed naturally along this route because the lagoon is below sea level and gravity did the job. It was from that time that the commercial value of salt extraction was realised and industry began to grow from strength to strength.

In the past the Torrevieja salt works were under the control of Orihuela town council but this was rescinded in the 18th century.

As the industry grew there was a need for large quantities of salt to be transported to the port at Alicante for export. The Andalusian Railway company built a branch line from Orihuela for this purpose. 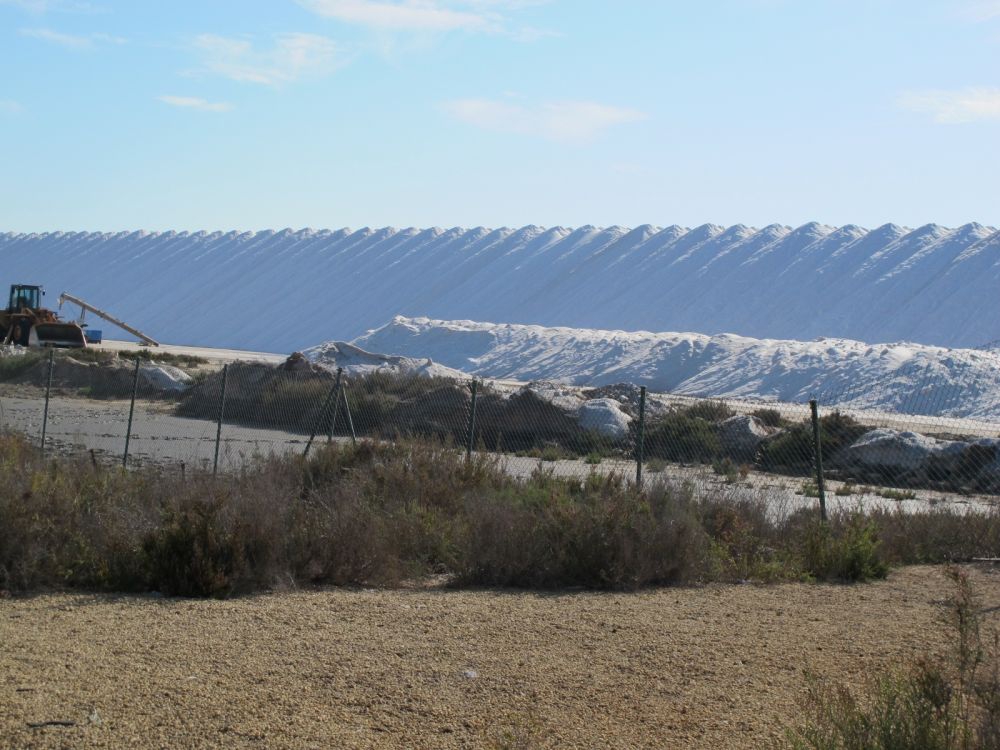 Although the railway lasted less than 100 years before it was closed it brought other benefits to the town. The first holidaymakers were encouraged and Torreviejans also were able to do business further afield in the inland parts of the area.

Eventually the railway closed but the buildings that formed the former railway station have been refurbished and been converted into an Exhibition Centre and the salt industry interpretation centre, which is in a restored former goods warehouse. The Interpretation Centre explains the value of the Torrevieja salt extraction industry, which is one of the most important in Europe, because of the variety of uses the salt can be put to, from de-icing roads to the food and chemical industries.

The Torrevieja and La Mata lagoons are part of the Valencia Community protected areas and are classified as Natural Parks. They cover 3,754.8 acres. The Torrevieja lagoon, where the salt extraction takes place, is 5.5 kilometres long and three kilometres wide.

Why is one lake so pink?

The pink lake of Torrevieja intrigues many visitors who want to know why it's this amazing colour. It's caused by pigments of the Halobacterium bacteria which lives in extreme salty environments and is also found in the Dead Sea and the Great Salt Lake. There's also an algae, Dunadiella Salina,, which causes the lake to turn bright red at certain times of the year. This also turns the shrimps pink which live in the lake and you'll  also see the flamingos turn a lovely shade of pink because they eat the shrimps. The salt is produced from the south-east corner of the pink lagoon.