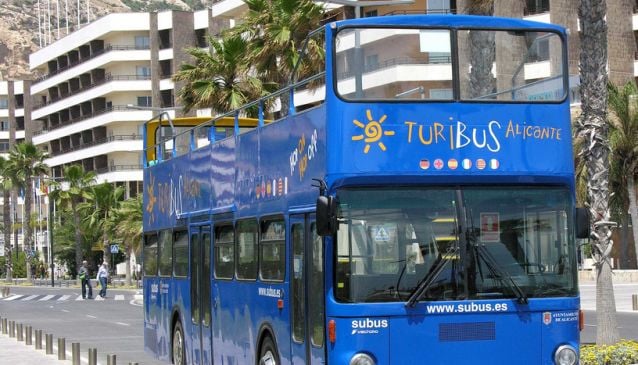 Tourist buses are an easy way to get to know a city.

One of the best ways to get to know a city is to take a trip on the sightseeing bus. Alicante Turibus has 10 stops around the historic city and you can hop on and hop off as often as you like.

The first bus stop is at the Plaza del Mar by the marina and beach. The bus heads up to Alicante castle, around the old town, the central market, train station, bus station and alongside the port before returning to the Plaza del Mar.

The buses run every hour from 10am to 6pm and the tour takes about 50 minutes.

The commentary is in six languages - Spanish, Valencian, French, English, Italian and German.

The hop-on hop-off tourist bus is a great way to get to know Alicante. It stops at all the major tourist attractions such as the museums and art galleries, so you can visit these during your bus trip too. 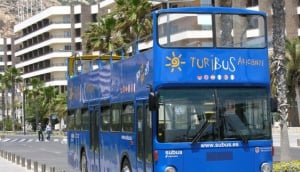 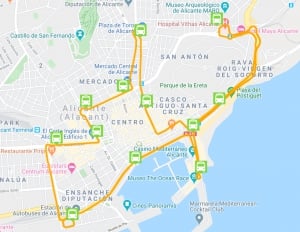