A tradition that as been going for many years in Spain. The bulls and cows are taken daily to different villages normally twice a day. People run around, tormenting them and play around - some jumping over them - but when the bull has had enough he usually gets someone and throws them around in the air. Normally there's not much damage just scratches and bruises but occasionally there are some who lose their lives,

i don't think some of these people realise that these animals are not dogs or cats that can be played with. They are strong animals that can do a lot of damage and also kill with the horns and strength that they have.

Now they have rules that under 16-year-olds are not allowed to go into the arena, and also people who have been drinking are not allowed either. They also announce that you have to be physically fit to participate in this event.

The bulls are bred for bous a la mar and bull-running in Spain, and go to many villages and towns. After the event they are taken back to the farms where they are well looked after. They are fed and watered, and put out in large fields where they enjoy the day. 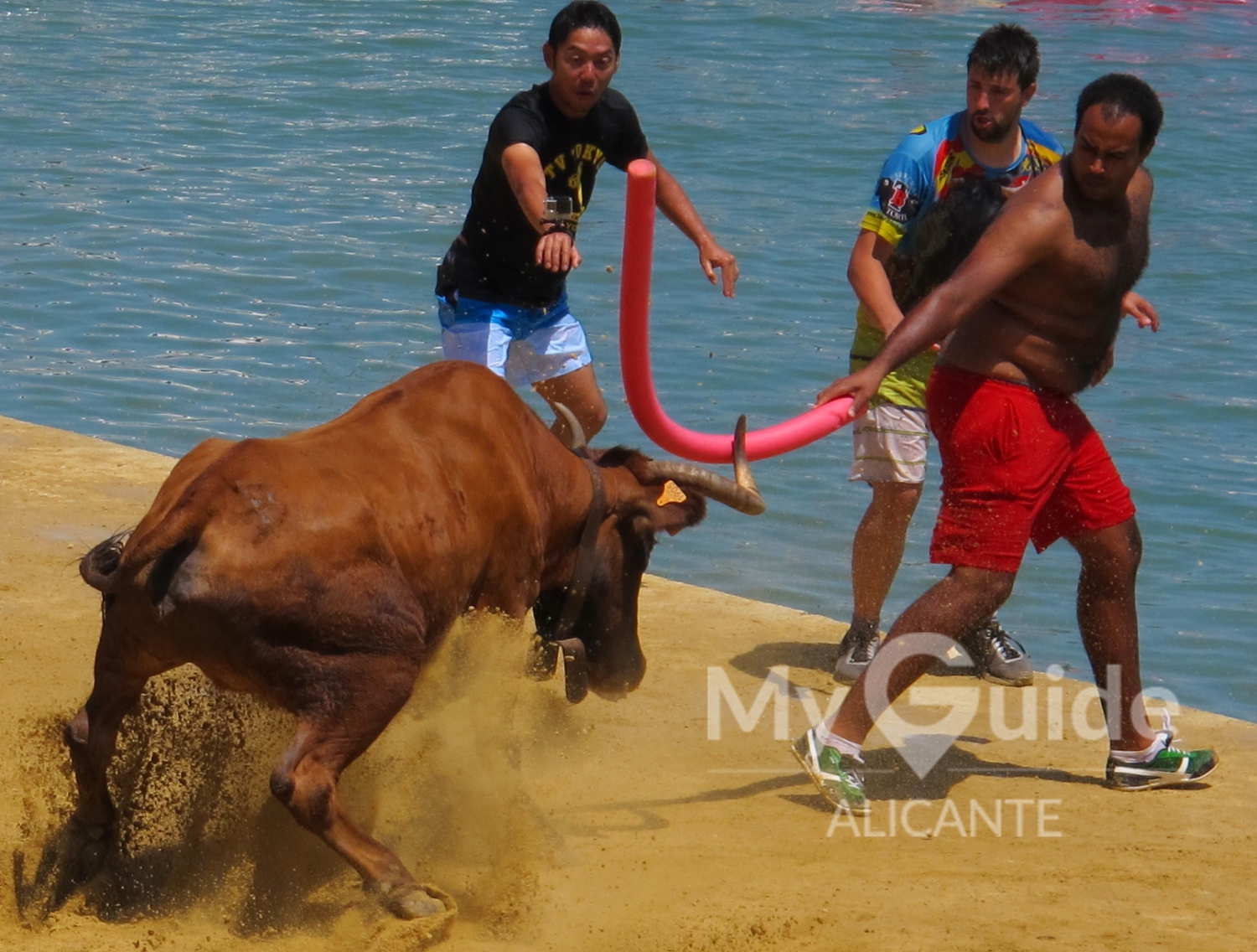